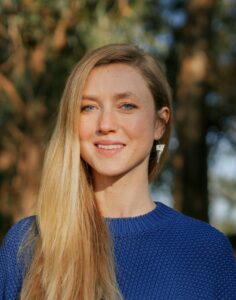 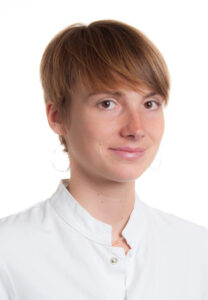 Dr Johanna Ospel is a radiology resident at the University of Basel, Switzerland and research fellow at the University of Calgary, Canada. She did her PhD at the University of Amsterdam, the Netherlands. Her main research interest is imaging and treatment of acute ischemic stroke. She has co-authored over 140 peer-reviewed manuscripts, is a co-investigator of the ESCAPE-MeVO trial, EVOLVE-Cog study and PI of the ESCAPE-OPTIMUS study, which are focused on different aspects of ischemic stroke. During her scientific work in the stroke field, she has experienced how difficult it is for researchers is to get their research projects funded, particularly for early career researchers and clinician-scientists who are also running on a busy clinical schedule. As the CSO of Collavidence, her goal is to make the funding process in neurovascular research less time-consuming, more effective and accessible. 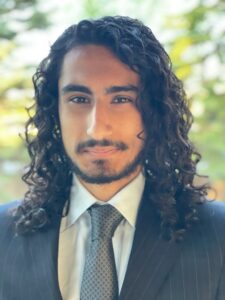 Mr. Arnuv Mayank is a 4th-year undergraduate student at the University of Calgary, pursuing a BComm in Finance and a BSc in Mathematics, and the Chief Strategy Officer of Collavidence. Growing up in a household of physicians, however, Arnuv also inevitably grew an attachment to medicine and the health care industry as a whole. When he saw Collavidence operating in the intersection of all of these areas, Arnuv wanted to jump in as soon as possible. He saw the opportunity to apply his classroom knowledge to solve a problem that he really cares about, all while experiencing the exciting world of entrepreneurship.

1. What are the challenges stroke researchers face when trying to get their research projects funded?

Currently, the main issue in stroke research is simply, the lack of funding1. The biggest funding agencies in the world are concentrated in the USA. and Europe, therefore, most of the world does not have access to adequate capital. Within North America and Europe, the average researcher cannot get their hands on granting agency money. Take the National Institutes of Health (NIH), for example: four out of five proposals to the NIH do not get funded, and, being my stroke researcher and grant reviewer myself, I am convinced that many of the rejected proposals have a lot of merit with a strong team behind them, but they simply may not have been in line with the granting agency’s priorities or their niche specifications of “a good proposal”. A quick Google search and one will find numerous studies exposing the biases against women and minority groups in research funding2-4. Ultimately, there is just a small panel reviewing these proposals. While we appreciate and respect the amount of work that these panels put in to determine the best proposal, we do not think that any small group of people can always make the best decision. As such, we think that the review process should include a wide group of peer researchers, as well as patients and other stakeholders, to make stroke research more inclusive, focused, and efficient.

2. How did Collavidence come to be?

Collavidence started from a random conversation I was having with Collavidence founder, Dr. Mayank Goyal, and he mentioned that he had an idea for a web-based platform to address issues where researchers from around the world can submit proposals and get funding without the help of a granting agency, taking a more ‘do-it-yourself’ approach. I have a background in biological science, and while I was doing my master’s, I remember thinking that my supervisor was such a brilliant researcher, but never actually got to do research because he would spend all of his time writing grants. Moving to stroke research, it was the exact same story. The idea really resonated with me, as it was such a large need with this seeming like the natural evolution of research review and funding.

3. What exactly is Collavidence and how does it work?

Collavidence is an internet platform that connects stroke researchers with potential donors to stroke research to facilitate research review and funding. Think of it as a combination between Kickstarter, Reddit, and match.com. The solution is quite simple: first, researchers submit proposals using our custom streamlined template. Then, our userbase, which consists of experts in the field, patients with the conditions being studied, donors, and others, review the proposals, adding new ideas, identifying flaws, or providing key insights. We call this process Dynamic Review™, as it involves lots of frequent communication between the researcher and the reviewer, and the researcher can iteratively update and improve their proposal based on the feedback. The proposals with the most positive interactions will, with the help of an algorithm, organically become the most suitable candidates for the third step, which is what we call PrecisionFunding™. When a researcher submits a proposal, they include a budget, and donors on the website can pledge money to contribute to this budget, which gets paid out once the budget goal has been met. It’s PrecisionFunding™ because donors get to pledge money to the exact project that they’re passionate about, rather than having their money go to a black hole through taxpayer dollars or donations to large foundations.

4. Which of the challenges that you mentioned do you aim to address with Collavidence?

Quite frankly, all of them, but one at a time. To begin with, we aim to democratize the process of stroke research review and funding. We let the potential donors, which could be patients or family members of patients, or any individuals who are interested in advancing medical research, decide which projects deserve funding. We enable researchers of all career stages from any country and any hospital to apply for funding for their project, regardless of budget size, type of project, or team, and source it from the crowd instead of agencies. To be clear, Collavidence is not intended to compete with large granting agencies, it is rather a supplementary source of funding. There is potential that researchers could use Collavidence to strengthen their proposals prior to submitting them for a grant, and research teams that have already been successful in receiving grant funding could raise “top up” money on Collavidence to round out their budgets.

5. What made you believe that crowdfunding was the best solution for the funding problem?

We are stroke researchers, and the idea of Collavidence came up because of the problems we ourselves and other stroke researchers have to face. However, when we started talking to non-researchers, be it patients, friends, or others, we realized that medical laymen often have some mistrust of medical research and feel largely disconnected from the research that is being done using their taxpayer or donation dollars (some don’t even know that their tax dollars go towards research). Crowdfunding, or more accurately, PrecisionFunding™, seemed like the obvious solution, not only to close the funding gap, but also to initiate a dialogue between researchers and potential donors, and thereby raise the lay audience’s interest and engagement in medical research.

Stroke, and more broadly, medical research is not like most other industries, in which a solution is catered to a particular target market. Many research projects will not immediately translate to a new drug or deliver the cure for a disease, but they will contribute a small piece to the puzzle that needs to be solved to ultimately improve patient lives, which could impact every one of us. Of course, we don’t expect everyone to donate to stroke research, but those who do want to have a say on what is being researched and how it is being conducted. This is what Collavidence provides.

6. What other resources do you provide, besides the crowdfunding aspect?

Our goal is to be a central hub for all stroke research. This means that we want to not only provide a platform for proposing, reviewing, and funding projects, but also serve as a source of continued education and discussion that will enable our userbase to ideate on proposal topics together. Currently, we have a lecture series section on our site, where we post scientific talks, debates, and other fun and engaging educational content for our users. We also plan on adding a Working Group feature to the site, in which users can create a group with a certain topic of discussion. Other users can join and post their perspectives or add data, and if a research idea emerges from the discussion, the group can transform their work and create a proposal, all on our platform. We want to support our researchers all the way from the idea to funding, and our additional resources attempt to facilitate this process.

7. What will it take to make this platform a success?

The Collavidence community! In addition to educational content, we will also provide heavy, 1:1 customer support. We want to set our researchers up for the best chance of success (both in funding and collaboration) and are thus not only creating extensive help content (guidelines, videos, etc.), but also forming a dedicated support team. We want to coach the research teams on how they can help break down barriers and remove some of the mysticism surrounding medical research by building intellectual and emotional connections with their potential donors. This requires not only paying attention to the language of the proposals, but also to how well they communicate the potential impact (no matter how big or small). User engagement, whether through personal stories, regular updates, short videos, or any other number of creative/educational outlets, is key to Collavidence’s success.

8. Where can we find the Collavidence platform?

Our website is https://www.collavidence.com. We just launched on March 30, and we have our first few projects up and running. We’d love for anyone to come visit and make an account, whether you want to submit a proposal, leave some comments and ratings, donate, or just browse.