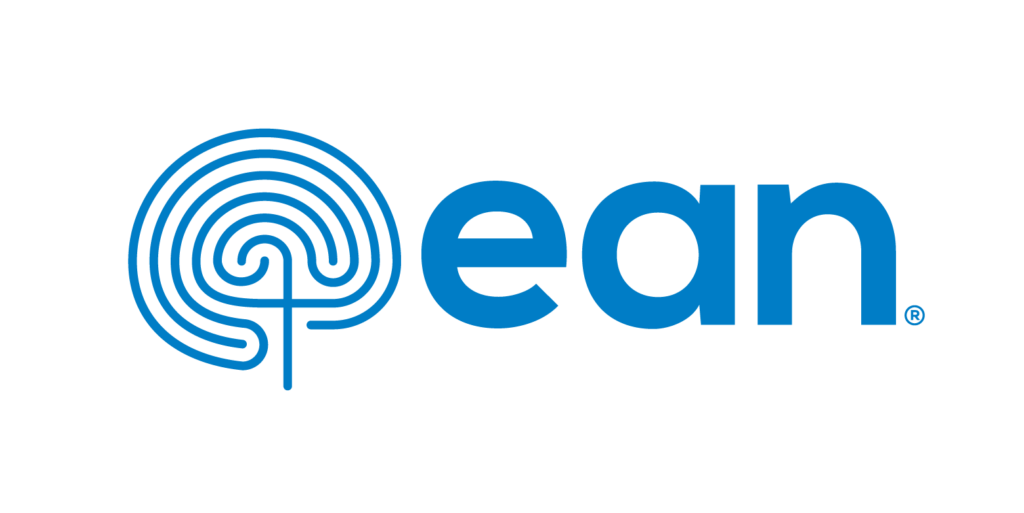 An Introduction to Spinal muscular atrophy

Spinal Muscular Atrophy (SMA) is characterised by loss of motor neurons and progressive muscle weakness. It predominantly affects children and is the most common cause of hereditary infant mortality. The condition results from mutations in the SMN1 gene, which deplete the survival motor neuron protein (SMN). In 2016, the antisense therapy nusinersen became the first approved disease-modifying therapy for SMA. In 2019, a gene therapy, onasemnogene abeparvovec, also received regulatory approval. However, the high cost of these therapies limits their use. In 2020, an orally deliverable small molecule, risdiplam, became the third approved therapy for SMA, with another small molecule, branaplam, in clinical development.

Our supporting partners do not constitute an endorsement of the content on this page. 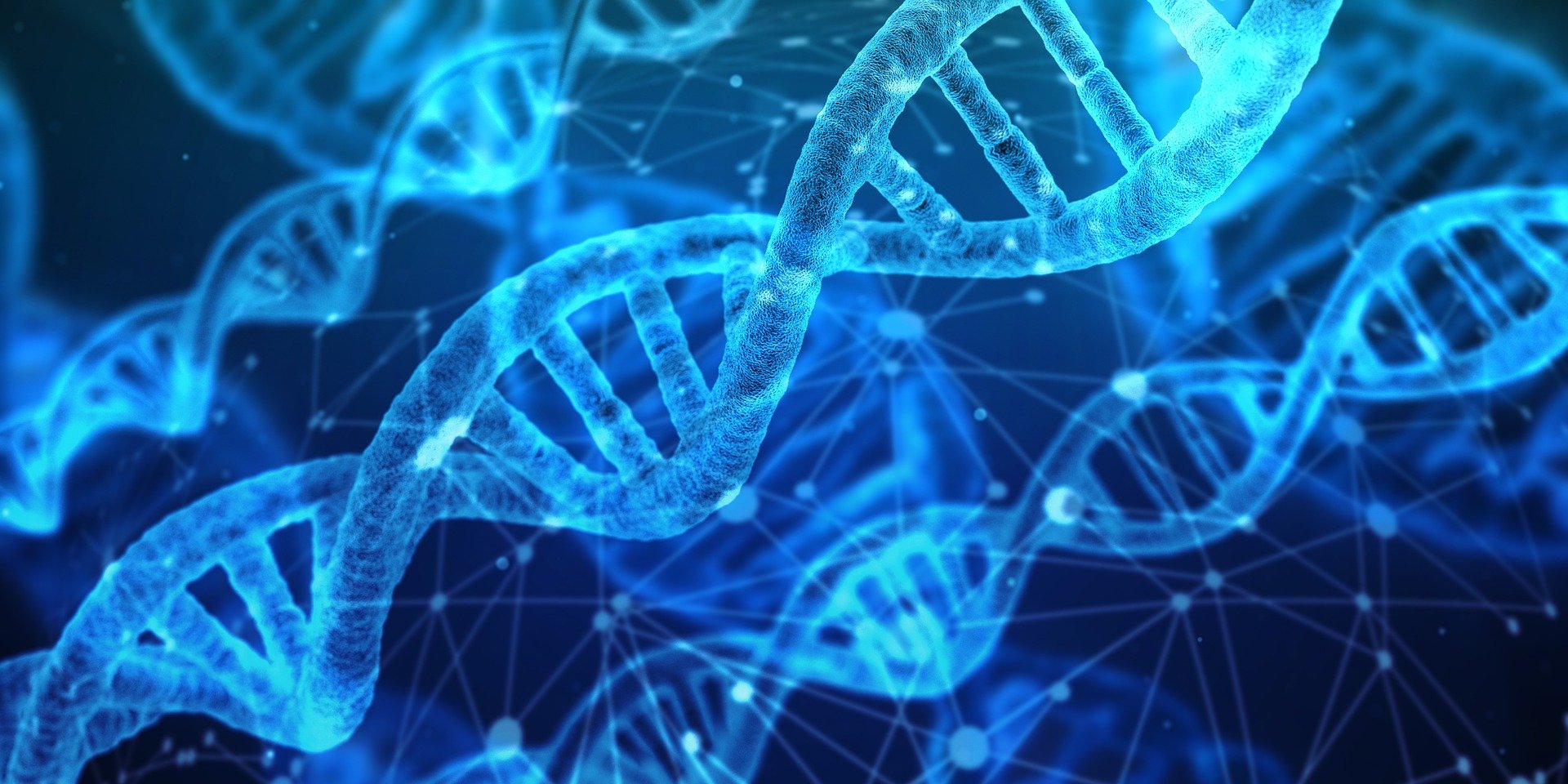 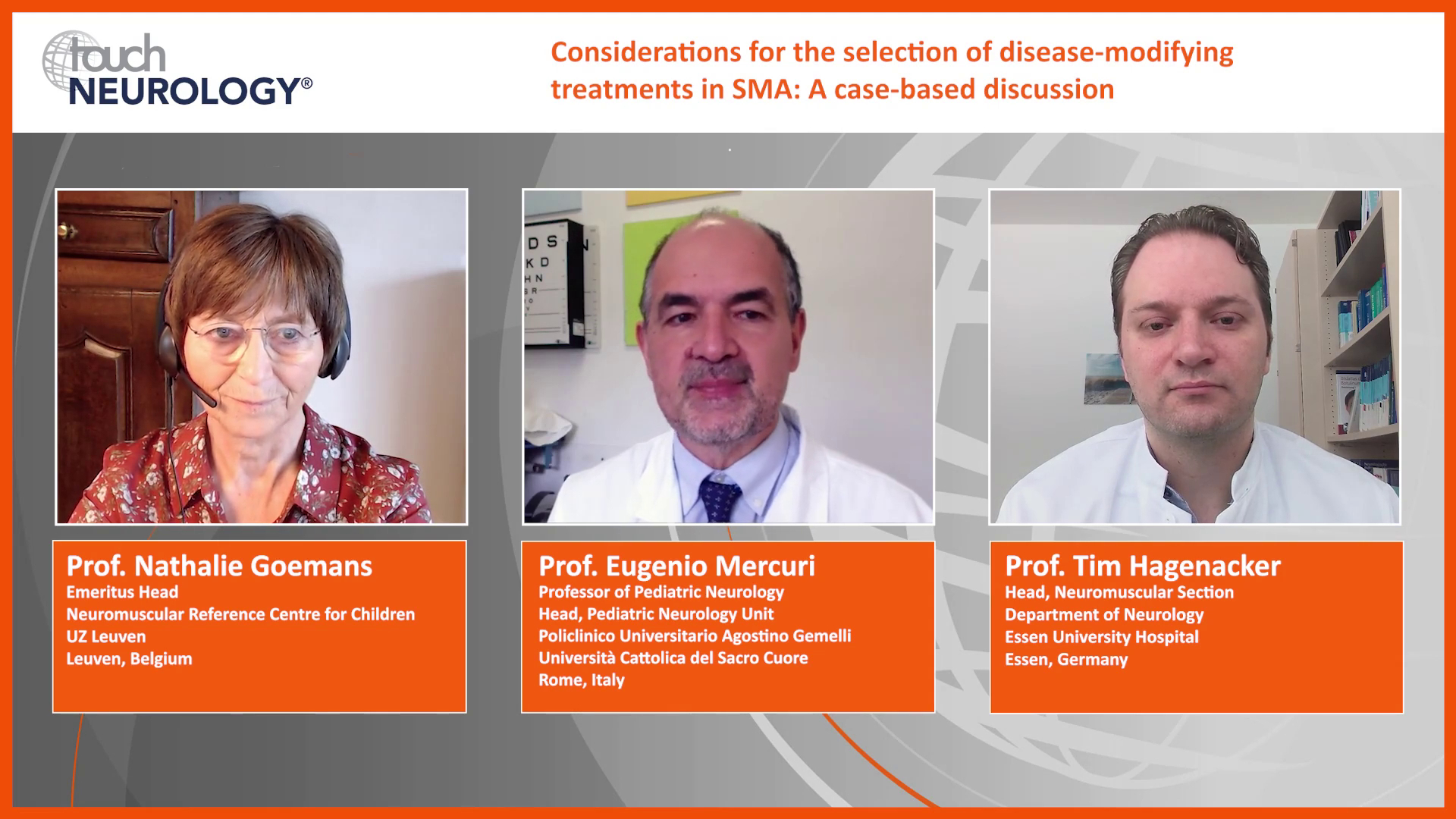 Considerations for the selection of disease-modifying treatments in SMA: A case-based discussion 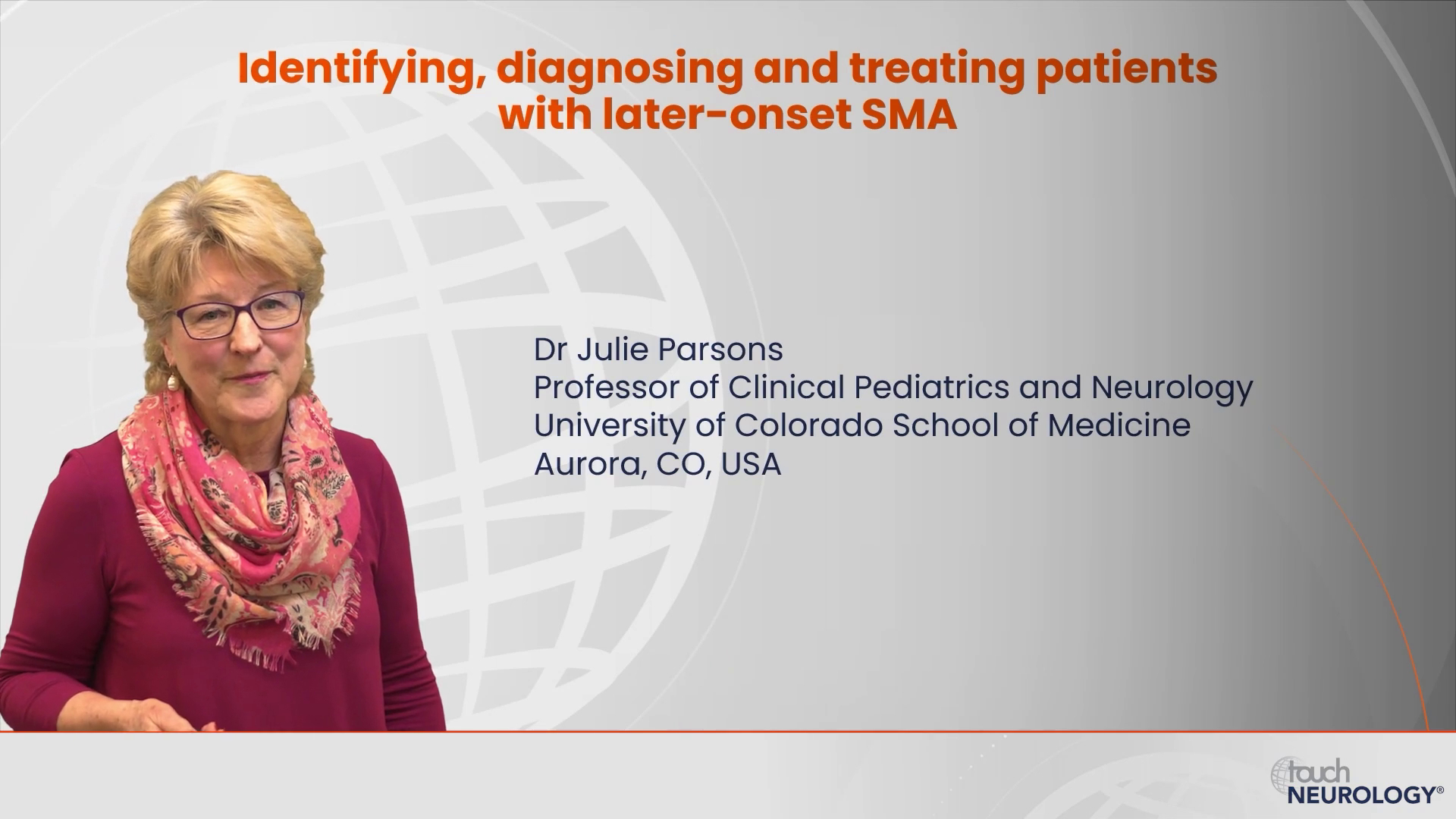 Dr Julie Parsons reviews the diagnosis and approved treatments for later-onset SMA, highlighting their impact on the natural history of SMA. 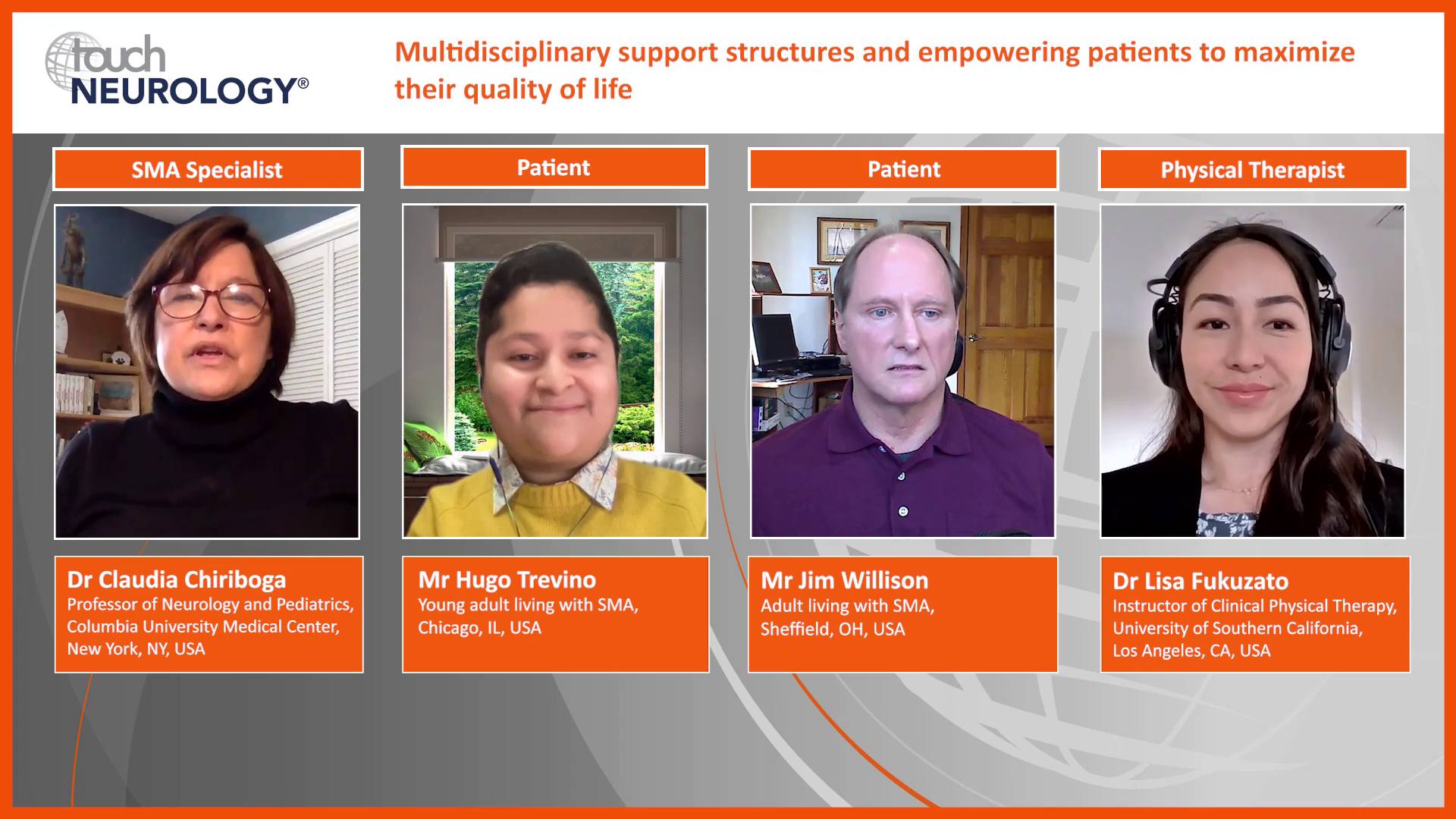 Maintaining quality of life in patients with later-onset SMA: The patient journey from diagnosis to management

Watch members of the MDT and two patients discuss the diagnosis and management of SMA in adolescents and adults. 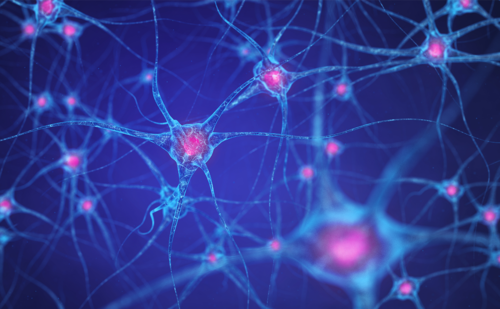 Spinal muscular atrophy (SMA) is a progressive neuromuscular disorder affecting approximately 1 in 10,000 births. It is characterized by predominantly proximal muscle weakness as a result of degeneration of anterior horn cells of the spinal cord.1 In most patients with SMA, the disease is caused by a homozygous deletion or mutation of the telomeric survival […] 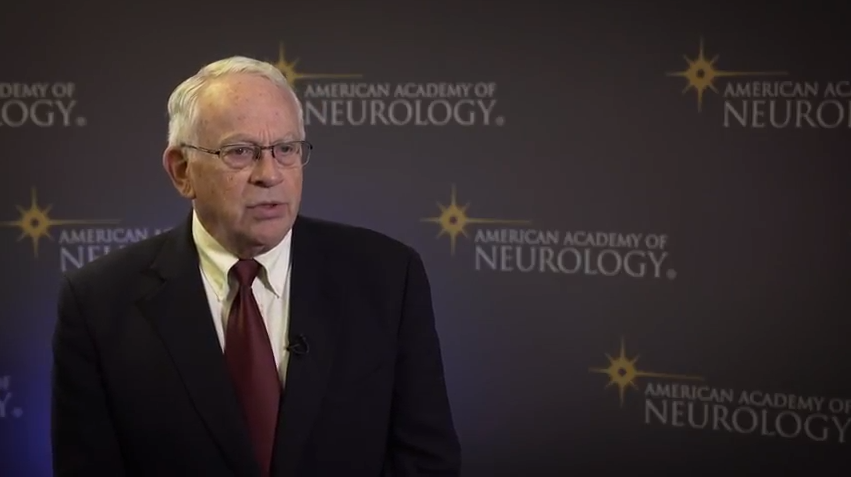 John Bodensteiner (Consultant, Child and Adolescent Neurology), our Paediatric Neurology Section Editor for US Neurology, discusses the impact recent advances in molecular and genetic diagnosis have had in paediatric neurology on conditions such as Duchenne muscular dystrophy and spinal muscular atrophy. Speaker disclosure: John Bodensteiner has nothing to disclose in relation to this video interview. […] 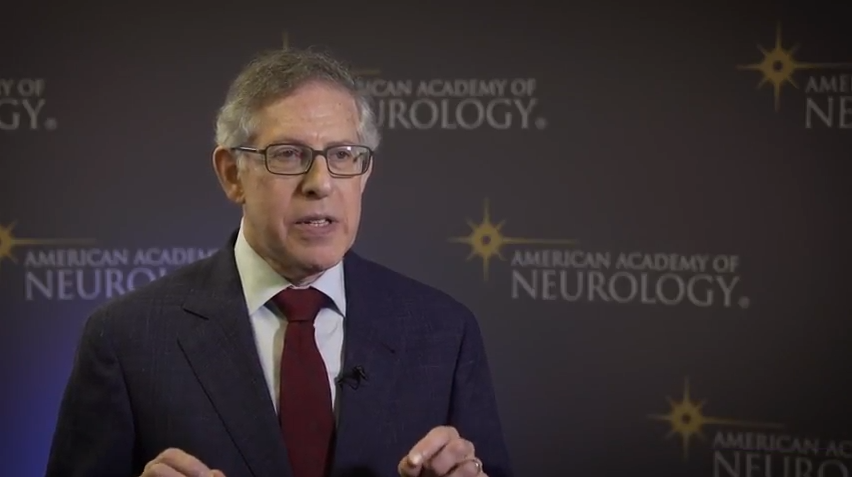 Richard Finkel (Nemours Children’s Hospital), recipient of this year’s Sidney Carter Award in Child Neurology, speaks to us on the topic of his presentation during the AAN 2018 Presidential Plenary Session, entitled: Spinal Muscular Atrophy Is a Treatable Neurodegenerative Disease. Questions 1. What is the mechanism of action of nusinersen in spinal muscular atrophy (SMA)? […]

Prof. John Bodensteiner, from the US Neurology Editorial Board, discusses the diagnostic benefits of nerve biopsies in pediatric neurology and reviews the most exciting developments in spinal muscular atrophy and Duchenne muscular dystrophy.   Speaker disclosures: Data Safety Review Board Biogen.   Filmed at the American Academy of Neurology (AAN) Annual Meeting, Boston, US, April […]