Sudden unexpected death in epilepsy (SUDEP) is likely to be the most common cause of disease-related mortality in people with epilepsy. The most commonly encountered scenario is that a previously healthy person is found dead in bed by family. Patients with frequent generalised tonic-clonic seizures are at highest risk but SUDEP can occur in patients who have never had convulsions. The mechanisms of SUDEP are poorly understood but seem to be related to seizure-related cardiac, respiratory or cerebral dysfunction. Seizure control is the only clear strategy to prevent SUDEP but that is not possible in the 30 % of patients with treatment-resistant epilepsy. Understanding the pathophysiology of SUDEP may lead to prevention strategies for patients who continue to have seizures despite maximal therapy.

People with epilepsy have a two- to threefold increased mortality1 and are 24 times more likely to die of sudden death compared with the general population.2 Although injuries associated with seizures, suicides, adverse effects of medications and the underlying aetiology of the epilepsy contribute to this increased mortality, sudden unexpected death in epilepsy (SUDEP) is the leading cause of death in patients with refractory epilepsy. SUDEP is defined as a sudden and unexpected non-traumatic or non-drowning-related death in a patient with epilepsy that may or may not be due to a recent seizure.3 On autopsy, there is no evidence of anatomical (e.g. myocardial infarction) or toxicological (e.g. drug overdose) cause of death. If no autopsy was performed, the death is called ‘probable’ SUDEP if there is no known alternative explanation for death (e.g. pre-existing heart disease) and ‘possible’ if there is a competing explanation for death.
Most often, the death is unwitnessed and the patient is found in bed the following morning.4 However, evidence suggests that the deaths are likely to be seizure-related. In a series of 15 witnessed SUDEP cases, all but one death occurred during or after a convulsive seizure; the remaining death occurred after a typical aura.5 Pathological evidence also supports the role of terminal seizures; immunohistological examination of hippocampi of SUDEP cases has revealed elevated neuronal heat-shock protein 70 expression, a marker of acute neuronal injury that is often elevated after seizures, compared with non-SUDEP cases.6
SUDEP is a categorical term and may have multiple aetiologies (see below). The incidence of SUDEP in the general epilepsy population has been reported to be 0.09–1.2/1,000 person-years. This incidence is higher, 1.1–5.9/1,000 person-years, in patients with medically refractory epilepsy and even higher, 6.3–9.3/1,000 person-years, in patients who have failed resective epilepsy surgery7,8 (see Figure 1). In several case-control studies, the greatest risk factor for SUDEP was frequent seizures, especially generalised tonic-clonic seizures.4,9–11 Other commonly identified risk factors were early age of epilepsy onset/long duration of epilepsy, young adult age (20–40 years old), male sex, variable anti-epileptic drug (AED) levels and AED polytherapy.7,8 Some AEDs have been associated with elevated risk of SUDEP such as carbamazepine12 and lamotrigine,9,13 but this has not been found consistently. Some retrospective studies have identified factors associated with reduced risk of SUDEP such as having a roommate or other form of nocturnal supervision.4,14 Factors that may modify SUDEP risk identified in case-control studies are summarised in Table 1.
The mechanisms underlying SUDEP are unclear and it is likely to be the common endpoint for a variety of causes. Hypotheses, often generated from observed SUDEP and near-SUDEP in epilepsy monitoring units, include seizure-related respiratory failure, cardiac arrhythmia, ‘cerebral electrical shutdown’, or combinations of these. The frequency of respiratory and cardiac changes during seizures that do not lead to death in patients with epilepsy suggest that SUDEP may result from failure of mechanisms that allow patients to recover from seizure-induced cardiopulmonary derangements. The proposed mechanisms are reviewed below; however, it is likely that in many cases, SUDEP is multi-factorial in nature with an interaction between seizures, genetics, AEDs, respiratory drive, arousability, oxygenation, and other aspects of cardiopulmonary function (see Figure 2).
Primary Respiratory Mechanisms
Ictal hypoventilation has been reported in several animal models of seizures. A study of bicuculline-induced status epilepticus in tracheostomised sheep found central hypoventilation and hypercarbia in all eight animals examined and was directly related to the death of one of the three animals that died.15 Hypoventilation has also been demonstrated to be the cause of seizure-related death in certain mouse strains susceptible to audiogenic seizures.16 Respiratory arrest can be prevented in these mice, which have altered expression of 5-hydroxytryptamine (5-HT) receptors in brainstem respiratory centres17 by pretreatment with fluoxetine, a selective serotonin re-uptake inhibitor (SSRI).18 In three cases of witnessed SUDEP or near-SUDEP in epilepsy monitoring units, seizure-associated apnoea preceded cardiac arrest.19 In another patient, death was felt to be the consequence of obstructive apnoea due to laryngospasm.20

Little is known about genetic mutations associated with seizure-related apnoea. Some hypotheses have been generated from understanding sudden infant death syndrome (SIDS), which, like SUDEP, is a heterogeneous condition; however, in some cases, it is thought to be due to a failure of central respiratory mechanisms. Brainstem serotonin neurons have recently been shown to be crucial for mediating arousal in response to hypercapnia.55 In pathological series, infants with SIDS were found to have decreased serotonergic binding in brain stem autonomic and respiratory centres. Polymorphisms in the gene encoding the serotonin transporter 5-HTT, or its promoter, have been associated with cases of SIDS.56 Serotonergic function may also be important for maintenance of upper airway tone during sleep; 5HT-2A receptors are the predominant receptor subtype in hypoglossal motor neurons, and polymorphisms in the gene encoding this receptor have been associated with obstructive sleep apnoea in adults.57 The findings that SSRIs reduce seizure-related hypoxaemia in humans and death in mouse models of seizures suggest that similar serotoninergic mechanisms may also be involved in SUDEP. In one retrospective series, seizures in patients who were taking SSRIs were less likely to be associated with hypoxaemia (SaO2 <85 %) than in patients that were not on SSRIs,58 but this was only true for seizures that did not secondarily generalise.
Sudden Unexpected Death in Epilepsy Prevention
There are no definitive treatments to prevent SUDEP; however, based on identified risk factors in epidemiological studies, experts recommend several interventions to mitigate the risk. Given the clear association of SUDEP with uncontrolled epilepsy, good seizure control is the logical strategy for prevention. This is supported by a recent meta-analysis of 112 randomised, placebo-controlled clinical trials of add-on AED therapy for refractory partial epilepsy.59 The authors found that the rates of SUDEP were about seven times lower in patients who received adjunctive AEDs at therapeutic doses than those who received placebo. Therefore, ensuring that patients are on a sufficient dose of AED appropriate for their epilepsy syndrome is likely to be a key strategy to mitigate the risk of SUDEP. In addition, an evaluation for epilepsy surgery should be offered to appropriate patients (those who have failed two or more AED trials, or who have had seizures for more than a year). However, alternative strategies are needed for the ~50 % of patients with refractory epilepsy that are not candidates for epilepsy surgery. Nocturnal supervision, especially from someone who is able to provide assistance, such as repositioning or basic first aid after a seizure, may be a strategy to limit SUDEP. However, this is often not practical or desired. Several devices are being developed to detect seizures, mostly convulsive, and alert caregivers, including watch-based60 and under mattress61 motion detectors. However, whether these devices or even rapid post-ictal intervention can prevent SUDEP remains unknown.
In addition, patients with refractory epilepsy should undergo cardiac evaluation. Pre-existing structural heart abnormalities, QTc abnormalities or arrhythmias may predispose these patients to sudden death. Some groups of experts advocate a screening EKG for all epilepsy patients.62 Patients with a history of ictal asystole, even if self-limited, should be considered for pacemaker implantation, particularly if asystole is symptomatic; this often presents as a collapse (hypotonic, eyes closed) during otherwise typical complex partial seizures. Nocturnal oxygen via a nasal cannula may be a strategy to limit ictal hypoxaemia and possibly reduce the risk of SUDEP. Indeed, in a study of mice with high rates of fatal audiogenic seizures, an oxygen-rich environment (2 minutes of 100 % O2) completely prevented seizure-related deaths.16 Although the interventions described above make sense, there is no prospective evidence of their effectiveness.
Conclusions
Although SUDEP has been recognised as an important cause of death in people with epilepsy for over a century,63 it is only recently that we have began to unravel its causes. The mechanisms linking seizures and the final common pathway of cardiopulmonary collapse are varied but each may present targets for intervention. The consensus is that most if not all patients should be made aware of SUDEP (see Brodie and Holmes for a review),64 primarily to maximise compliance and avoidance of seizure triggers such as sleep deprivation and alcohol use. Whether there are other ways of decreasing SUDEP risk, such as nocturnal supervision, remains unproven. Further research is needed to understand the pathophysiology of SUDEP to decrease epilepsy-related mortality. Given that SUDEP is rare, further research is likely to be carried out using a collaborative multicentre approach. In addition, any studies of potential interventions are likely to require identification of surrogate endpoints to test their efficacy in a cost-effective and timely manner.

Daniel Friedman receives salary support from The Epilepsy Study Consortium, a non-profit organisation dedicated to improving the lives of epilepsy patients, and devotes 10 % of his time to work done for the Consortium. The Consortium receives payments from a large number of pharmaceutical companies for consulting activities. All payments are made to The Consortium and not to Dr Friedman directly. Given that there are so many companies contributing, the amount contributed by each company towards Dr Friedman’s salary is minimal. Within the past year, the Epilepsy Study Consortium received payments from the 21 companies listed below. All payments are reported annually and reviewed by New York University’s Conflict of Interest Committee: Cyberonics, Cypress Biosience, Inc., Eisai Medical Research, Entra Pharmaceuticals, GlaxoSmithKline, Icagen, Inc., Intranasal/Ikano, Johnson & Johnson, Marinus, Neurotherapeutics, NeuroVista Corporation, Ono Pharma USA, Inc., Ovation/Lundbeck, Pfizer, Sepracor, SK Life Science, Supernus Pharmaceuticals, Taro, UCB Inc./Schwarz Pharma, Upsher-Smith and Valeant. Dr Friedman also receives royalties from the sale of What Do I Do Now: Epilepsy (Oxford University Press, 2011) and has served on an advisory board for GlaxoSmithKline. Lawrence J Hirsch has received research support from Eisai, Pfizer, UCB-Pharma, Upsher-Smith and Lundbeck; consultation fees from Lundbeck, Upsher-Smith and GlaxoSmithKline; and royalties for authoring chapters for UpToDate-Neurology and for co-authoring Atlas of EEG in Critical Care, by Hirsch and Brenner. 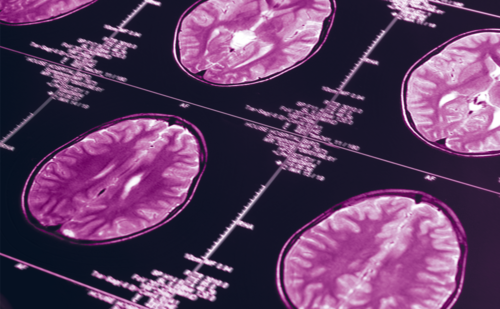 Diagnosis and Management of New Onset Epilepsy in Adults

The International League Against Epilepsy (ILAE) revised its definition of epilepsy in 2014 in order to maximize early identification and treatment of patients with epilepsy.1 The ILAE’s conceptual definition of epilepsy, first formulated in 2005, is “a disorder of the brain characterized by an enduring predisposition to generate epileptic seizures.” In practice, this definition corresponded to […] 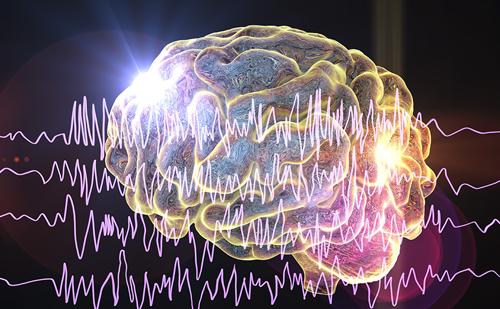 Seizure is a paroxysmal event caused by the excessive, hypersynchronous discharge of neurons in the brain, which causes alteration in neurologic function.1 Seizures can occur when there is a distortion between the normal balance of excitation and inhibition in the brain. The factors that cause this alteration in the balance of excitation and inhibition can […]