Most pituitary tumours are non-invasive, benign adenomas that remain confined to the sella turcica. Although there is, at present, no accepted definition of aggressive pituitary adenomas, one would suggest that these have a tendency to recur after initial surgery. They have a rapid growth rate and invade surrounding structures such as the sphenoid and cavernous sinus as well as the skull base bone. They are clinically difficult to manage and present major problems due to incomplete resection.1

Pituitary carcinomas are rare – 0.2 % of all pituitary tumours. They present major diagnostic and therapeutic challenges. They may initially appear as benign pituitary adenomas subsequently transforming into an aggressive neoplasm, or they may be aggressive tumours from the beginning.2–4 A pituitary carcinoma is diagnosed when craniospinal and/or systemic metastases are documented.5 Predicting pituitary tumour behaviour remains a real challenge. Studies suggest that increased mitotic activity, high Ki-67, nuclear labelling index and P53 expression might be associated with tumour progression.3,5

Multiple treatment approaches – including surgery, external beam radiotherapy, gamma knife, drugs and various chemotherapeutic agents – have been used. Until recently, the treatment of pituitary carcinomas was mainly palliative and did not seem to increase overall survival. Progression of disease after a diagnosis of pituitary carcinoma was variable; approximately 75 % of patients with systemic metastasis died of the disease within one year.4 Recent publications report efficacy of temozolomide, an alkylating agent used to treat gliomas, in the management of aggressive pituitary adenomas and carcinomas.6–36 As in gliomas, the outcome of treatment might depend on the expression of O6-methylguanine-DNA methyltransferase (MGMT), a DNA repair enzyme that counteracts the action of temozolomide.6,13,37

Temozolomide
Temozolomide is an alkylating chemotherapeutic agent related to a series of imidazotetrazines. Orally administered, it readily crosses the blood–brain barrier. It exerts its cytotoxic effect through methylation of DNA at the O6 position of guanine,38 which then mispairs with thymine during the next cycle of DNA replication. Temozolomide is accepted as an effective drug in the treatment of glioblastoma multiforme and other tumours of the central nervous system.39 Recent reports point out its efficacy in malignant neuroendocrine neoplasms,40 melanomas41,42 and colorectal carcinomas.43

To view the full article in PDF or eBook formats, please click on the icons above. 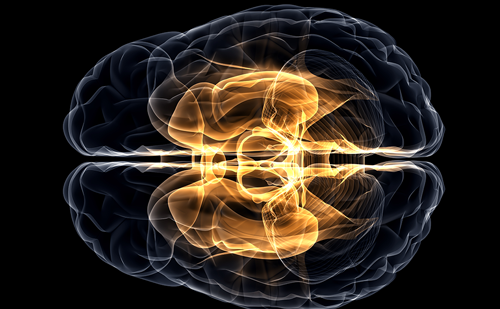