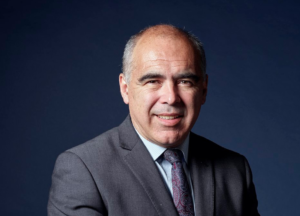 Chronic pain is a heterogenous, complex condition that is associated with significant burdens for both patients and the healthcare systems. Spinal cord stimulation (SCS) is an established technique for the treatment of chronic pain associated with many different disease entities, including neuropathic pain, intractable pain, headache, and angina pain, and its clinical efficacy is well documented.1 However, our incomplete understanding of the mechanisms underlying pain relief by SCS has led to a plateau in efficacy. Technological advances in stimulator design and treatment protocols have not correlated with significant improvements in clinical outcomes, and we may be reaching the limits of what can be achieved using established techniques. Conventional techniques have focused on axons in the dorsal column. However, in recent years, the attention of researchers has turned to non-axonal stimulation targets, such as dorsal columns, dorsal roots, and dorsal horns.2

The dorsal horn of the human spinal cord is recognized as a key site for initial pain processing. Neurons in the spinal dorsal horn process sensory information, which is then transmitted to several brain regions, including those responsible for pain perception.3 It is divided into six layers, known as laminae, and comprise a number of different cell types: islet cells, filamentous cells, curly cells and stellate cells.4 Animal studies have established that abnormalities of dendritic spine morphology are associated with abnormal nociceptive function, including neuropathic pain.5  Dorsal horn dendrites are also attractive targets because they are involved in long-term potentiation of synaptic strength (LTP) in nociceptive pathways.6 This has led to the hypothesis that stimulation of the dendrite might affect pain pathways in humans. Stimulating the dendrite poses several challenges. We need the field to swing over to the lateral aspect of the dorsal horn. In addition, it must penetrate beyond Lamina I to active Lamina II-IV. It should preferentially stimulate the dendrites and not produce paresthesia.

Russo et al have developed a novel stimulation waveform (“Subwave”) comprising a T9/10 disc bipole to access the point of major traffic synapsing in the spinal cord; stimulation frequency of 100 Hz to achieve sufficient net activation charge; extra wide pulse width of 1000 µs to spread activation laterally to capture dorsal horn action potentials; and an amplitude set at 80% of the patient’s stimulation perception threshold or lower, enabling them to remain paraesthesia-free but with adequate charge per pulse.7 Previous studies have shown that dendrites respond from a pulse width of 900 µs. and higher,8 and that dendrite action potentials are optimal when the frequency exceeds 75Hz.5

Russo et al have performed a clinical trial to evaluate the efficacy and safety of their novel stimulation waveform in the treatment of chronic lower back pain.7 Following screening, enrolment and recording of baseline features, participants (n=27) underwent a trial lasting 2-4 days with the Subwave programmed at 80% of the patient’s stimulation perception threshold. After evaluation of this trial period, patients were given a permanent implant which was programmed to 80%. At 6 weeks, this was reprogrammed to 60%, at 10 weeks to 40% and at 14 weeks to the patient’s preferred program. Participants were blinded to the nature of the programming and program step-up (dose rescue) was allowed. At 26 weeks, the preferred program was assessed.

The primary outcome was pain score. At 26 weeks the median pain relief was 76.4%. At this point, 77% of the participants had gone into pain remission, meaning their pain was 0 to 3 on the visual analog scale (VAS). Remission was achieved in 52% of participants at 6 weeks, 63% at 10 weeks, 52% at 14 weeks. At 6 weeks post-activation, 37% of participants were considered high responders and 63% were deemed responders; at 10 weeks these figures were 30% and 70%, at 14 weeks 26% and 63% and at 26 weeks 46% and 77% respectively. In terms of secondary outcomes, there were significant reductions in the Brief Pain Inventory (BPI, p<0.01) and improvements in quality of life measures (EQ-5D-5L; p<0.001), both of which were observed at 6 weeks and maintained to 26 weeks. Improvements were also seen in several domains of the short form health survey (SF-36). Treatment satisfaction was rated at 100% at 26 weeks. The trial is ongoing and further assessment will be performed at 52 weeks.

In terms of adverse events, there were 9 cases of minor lead migration, which were resolved with reprogramming, and pain relief was recaptured. There were 3 reports of major lead migration where it was not possible to capture pain relief. There were also 3 pain flares related to lead migrations due to falls, 66% of which were resolved. Other adverse effects included 7 implantable pulse generator (IPG)-related issues (discomfort, scar, rash, oedema; 1 report of surgery-related seroma and 1 of programming-related muscle twitch). These were all fully resolved.

In conclusion, a novel combination of bipole position, amplitude, frequency, and pulse width, (mean=2.1mA), has been developed and showed substantial and clinically meaningful benefits in a clinical trial. It is deliverable by all current commercial SCS systems, and represents a promising treatment strategy for patients with lower back pain. This clinical trial represents an important step in advancing neuromodulation therapy. Further research into the analgesic mechanisms of dorsal root dendrite stimulation is warranted to fully understand this potential new paradigm in the treatment of neuropathic pain.

Disclosures: Marc Russo has no financial or non-financial relationships or activities to declare in relation to this article.

Support: Writing of this article was supported by Touch Medical Media.