Definition and Scope of Neuropathic Pain

Definition and Scope of Neuropathic Pain

According to recent estimations 1.5–8% of the general population suffer from neuropathic pain.1,2 Neuropathic pain may result from a large variety of insults to the peripheral or central somatosensory nervous system, including traumatic, inflammatory, degenerative, ischemic, metabolic and neoplastic disorders. Common examples of peripheral neuropathic pain include lumbar or cervical radiculopathy, diabetic polyneuropathy (DPN) and post-herpetic neuralgia (PHN). Neuropathic pain of central origin includes central post-stroke pain, pain in multiple sclerosis and post-spinal cord injury pain. Neuropathic pain is characterised by continuous or intermittent pain, typically described as burning, aching or shooting in quality, and is often associated with abnormal sensitivity of the painful site (i.e. hypersensitivity to normally innocuous stimuli such as running water or cold air, a phenomenon known as allodynia).3 Neuropathic pain has negative effects on multiple domains of life and therefore the quality of life of patients with neuropathic pain is comparable to that experienced by patients suffering from cancer or chronic heart failure. This is further aggravated by the fact that neuropathic pain is often undiagnosed and undertreated.4

The management of neuropathic pain involves the use of a wide variety of agents including antidepressants, anticonvulsants, opioids, topical agents and others. Yet, even with the current generation of these drugs, effective pain relief is achieved in less than half of patients with chronic neuropathic pain.5,6 In patients with refractory neuropathic pain, administration of combination therapy of two or more agents with synergistic mechanisms,7 or implantation of neuromodulation devices, such as spinal cord stimulators or intrathecal drug delivery pumps, can be required.8,9
Although neuropathic pain may result from insults to both the central and peripheral nervous systems, most clinical studies have focused primarily on a small number of specific peripheral neuropathic pain syndromes. While pharmacological studies have been conducted in DPN, PHN and to some degree in trigeminal neuralgia (TN), spinal cord stimulation trials have been carried out in the neuropathic component of failed back surgery syndrome (FBSS) and in complex regional pain syndrome (CRPS). Thus, while evidence of efficacy of treatments in these indications clearly exists, the effectiveness of these treatments in other forms of neuropathic pain remains unclear.

The tricyclic antidepressants (TCAs) are often regarded as first-line drugs for neuropathic pain. A recent systematic review of the literature, in which numbers needed to treat (NNTs) of treatments for different neuropathic pain syndromes were calculated, has found TCAs the most efficacious drugs for neuropathic pain (NNT 3.1; 95% confidence interval (CI) 2.7–3.7).5 This is based on results from no less than 15 placebo-controlled designed trials, which have uniformly demonstrated efficacy of amitriptyline, nortriptyline, desipramine, chlomipramine, imipramine and maprotiline, at a daily dose range of 30–200mg, for PHN and DPN. The main drawback of these trials is the small number of recruited patients in each of them. Yet, taken together, they provide strong level of evidence for efficacy. Notably, two small trials have found TCAs superior to placebo for central post-stroke pain and post-mastectomy neuropathic pain, whereas several others failed to demonstrate efficacy for spinal-cord injury pain, Human Immunodeficiency Virus (HIV) neuropathy and phantom limb pain. Unfortunately, TCAs are associated with numerous adverse events and are not tolerated by many patients. When used, slow titration is required, especially in the elderly.
Two trials have demonstrated efficacy of the selective serotonin reuptake inhibitors (SSRIs) citalopram and paroxetine (both at 40mg/day) in DPN.10,11 In another trial, fluoxetine was equal to placebo.12 Although SSRIs show a favourable safety profile compared to TCAs and are generally well tolerated, they are far less efficacious in the treatment of neuropathic pain, with NNT of 6.8 (CI 4.4-441)5 and therefore should not be regarded as first-line agents.
The selective serotonin and norepinephrine reuptake inhibitors (SNRIs) venlafaxine and duloxetine are newer antidepressants that have shown effectiveness for DPN at daily doses of 150- 225mg and 60–120mg, respectively. The NNTs of 4.6 (CI 2.9–10.6) for venlafaxine and 5.2 (CI 3.7–8.5) for duloxetine are superior to that of the SSRIs but inferior compared to the TCAs.6 In two large randomised controlled trials (RCTs) duloxetine also significantly improved sleep and quality of life. Its most common adverse events are nausea, somnolence, dizziness and constipation, which all tend to decrease over time. The drug should not be used concomitantly with monoamine oxidase (MAO) inhibitors or in patients with impaired liver function. One notable advantage of the antidepressants (with the exception of venlafaxine) is that they can be administered once daily.

In addition to the antidepressants, selected anticonvulsants are often regarded as first line drugs for neuropathic pain. RCTs have shown efficacy of gabapentin, pregabalin, lamotrigine, carbamazepine and, to a lesser extent, a few other anticonvulsants. Yet, with the exception of trigeminal neuralgia, the challenge of 50% pain relief in more than half of these patients is rarely met.
The most extensively studied drug in this class is pregabalin, which has shown efficacy for PHN and DPN in a large number of multicentre RCTs. The effective daily dose of 300–600mg can reduce pain and improve sleep, functioning and quality of life. Pregabalin can be rapidly titrated. Unfortunately, the drug has not been studied in other types of neuropathic pain. The most commonly reported adverse events occurring during all controlled clinical trials were dizziness, somnolence, dry mouth and edema. Weight gain can also be a problem in some patients.13
There is also strong evidence for efficacy of gabapentin (900–3600mg/day) for PHN and DPN. Although less broadly studied in other syndromes, gabapentin has shown efficacy in HIV-associated painful neuropathy, pain in Guillain-Barré’s syndrome, phantom limb pain, cancer related neuropathic pain and complex regional pain syndrome type I.5
RCTs have shown efficacy of lamotrigine for PDN, central post stroke pain, trigeminal neuralgia (TN) and mixed neuropathies, and of carbamazepine and oxcarbazepine for TN, PDN and mixed neuropathies The need for a relatively slow titration and the adverse effect profile of the these drugs make them a second line of anti-epileptic treatment for these conditions, except for TN. Equivocal or negative (active therapy not superior to placebo) results were reported with lamotrigine for spinal cord injury pain, HIV-related neuropathy and mixed neuropathies with topiramate for PDN as well as valproate for DPN and for spinal cord injury pain.5,6
TN is a unique neuropathic pain syndrome that responds dramatically to carbamazepine (NNT 1.7; CI 1.3–2.1) and other anti-epileptic drugs such as oxcarbazepine and lamotrigine. Carbamazepine remains the drug of choice for TN, although its efficacy has been established only on the basis of small-sized RCTs.14

Eight RCTs tested the efficacy of oral opioids for PDN, PHN, phantom pain and neuropathic pain of diverse etiologies. Four drugs were tested: morphine, oxycodone, methadone and levorphanol. All trials reported that opioids were efficacious in reducing spontaneous neuropathic pain by demonstrating either superiority over placebo or a dose-dependent analgesic response. Six of the eight studies were recently pooled to a meta-analysis, which found a mean pain intensity to be 14 points lower in opioid-treated patients than in those treated with placebo (95% C.I. -18 to -10; p<0.001).15 The overall NNT of opioids for neuropathic pain is 2.5 (CI 2.0–3.2). Secondary outcome parameters such as physical and mental health, sleep and disability were measured in parts of these trials and yielded inconsistent results. Tramadol, which is not a typical opioid, yet has a weak affinity for opioid receptors, has been effective for DPN and PHN with NNT of 3.9 (CI 2.7–6.7).5 Common adverse events of opioids include nausea, constipation, dizziness and drowsiness.

Topical capsaicin cream has shown efficacy for DPN and PHN but its use is associated with burning, particularly during the first weeks of treatment. This can be problematic, especially for patients who experience allodynia in the first place. Application of topical lidocaine patches has been found effective for PHN in three short-term RCTs and can also be used in patients with other focal peripheral neuropathies.

A few drugs have been tested in various forms of neuropathic pain and failed to show efficacy with oral use. They include N-methyl- D-aspartate (NMDA) receptor antagonists such as memantine and dextromethorphanol, SSRIs (with the exception of paroxetine for DPN) and mexiletine and should therefore not be used as analgesics in patients with neuropathic pain.

Not uncommonly, administration of a single drug does not result in adequate analgesia and more advanced approaches are required for proper pain management in such patients. This may include the use of polypharmacotherapy, intravenous drug administration, the use of neuromodulation techniques or even surgery.

While combinations of drugs with different mechanisms of action are commonly used in clinical practice, only one trial tested the efficacy and safety of a combination of two drugs, and found that gabapentin plus morphine was more efficacious and safer than each drug alone.16 This trial implies the possibility that polypharmcotherapy could enhance analgesia with fewer side effects.

A recent meta-analysis of RCTs has shown effectiveness of intravenous lidocaine administration for various types of peripheral neuropathic pain syndromes. The average difference in pain reduction between lidocaine and placebo was about 10mm (on a 100mm scale).17 A major drawback of this therapy is that no data is available on its long-term efficacy, and repeated infusions seem to be necessary for sustained pain relief. This can therefore be a non-practical approach for many patients.
A recent open-label trial suggests that continuous infusions of ketamine (an anaesthetic agent with strong NMDA receptor blocking properties) can effectively reduce pain in patients with otherwise intractable complex regional pain syndromes (CRPS).18 The usefulness of this treatment awaits approval by RCTs.

Implantation of neuromodulation devices such as spinal cord stimulators, peripheral nerve stimulators or intrathecal drug delivery pumps can be required in patients who have not responded to simpler treatments. Spinal cord stimulation has been found to be superior to physical therapy in patients with CRPS19 and more recently, to result in better outcome than repeated surgery as well as conventional medical therapy in patients with FBSS.8,20
Intrathecal drug delivery pumps have not been studied in RCTs. Nonetheless, several cohort studies suggest that the use of opioids alone or in combination with local anaesthetics, alpha adrenergic blockers, or the new selective Ntype calcium channel blocker ziconotide can be helpful in otherwise refractory patients.9 Furthermore, surgical procedures such as mirconeurosurgery, resection of neuromas and surgical implantation of neurostimulators can be indicated in selective patients.21
Lastly, as mentioned earlier, neuropathic pain is often associated with significantly impaired functioning and reduced quality of life. Therefore, addressing associated morbidities such as impaired sleep, reduced physical functioning, psychological distress, feelings of helplessness and hopelessness and depression are equally important.22 ■ 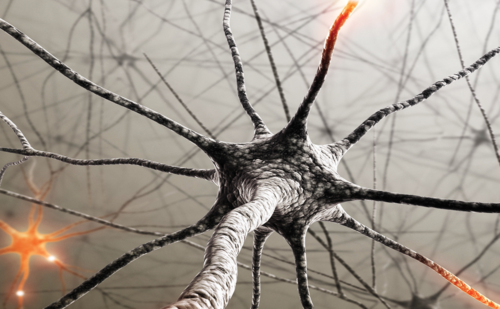