The Global Burden of Disease study, a collaborative project between the World Health Organization (WHO), the World Bank and the Harvard School of Public Health, showed that the global health impact of neurological disorders is previously underestimated and highlighted it as one of the greatest threats to public health.

In this edition, Inga Zerr et al. (Göttingen) review the differential diagnosis of rapidly progressive dementia. The burden of dementia, measured by disability-adjusted life years (DALYs), is higher than that from any other disease except terminal cancer. Globally, about 25 million people have dementia today, with 4.6 million diagnosed last year alone. Most do not die from dementia, but become disabled, illustrating the need for palliative care. The dementia section in this edition also includes an article by Emma Teper and Julian C Hughes (Newcastle) discussing the existing guidelines and ethical issues in palliative care for patients with dementia.

Another important neurological disorder discussed in this issue is stroke. Each year, stroke causes more than 5 million deaths worldwide, and it is thought to be the second most common cause of mortality in the world. Anastasios Chatzikonstantinou and Michael Hennerici (Heidelberg) discuss the optimal management regimen for transient ischaemic attack patients to best prevent stroke. Stroke is a major cause of long-term disability, causing a loss of 49 million DALYs worldwide each year. Rüdiger J Seitz, Robert Lindenberg and Gottfried Schlaug (Düsseldorf, Boston) review neuroimaging advances in stroke rehabilitation.

In spite of lifestyle disorders, most Western countries have a relatively well-developed medical system. Worldwide, the available resources are insufficient to meet the global burden associated with neurological disorders. In addition, there are large inequalities across regions and income groups of countries, with low-income countries having extremely scant resources. Alpha Oumar Konaré, the Past Chairman of the Commission of the African Union, claimed that Africa confronts the world’s most dramatic public health crisis. Sub-Saharan Africa has become the poorest region in the world. Many countries still suffer from the legacies of colonialism and slavery. Inter-ethnic conflicts add to the problems. Guidelines for important neurological disorders such as stroke and dementia are badly needed in public health services, perhaps most in resource-poor countries. Can European Neurological Review assist?

European Neurological Review extends thanks to all contributors to this edition – organisations, media partners, the continually supportive editorial board and especially the expert authors – for providing an interesting and insightful selection of articles. 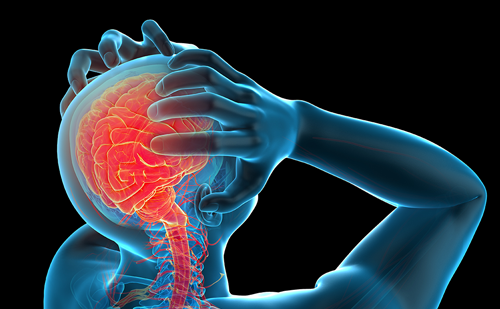