Frovatriptan 2.5 mg has been investigated for the treatment of moderate or severe migraine attacks in six placebo-controlled, randomised controlled trials (RCTs). The mean headache relief (a decrease from moderate or severe to none or mild) was 43 % after frovatriptan and 24 % after placebo. The mean therapeutic gain (active minus placebo) was 19 % (95 % confidence interval 16–22 %). In one large comparative RCT, sumatriptan 100 mg was superior to frovatriptan 2.5 mg for headache relief at two hours (47 versus 37 %). In three cross-over RCTs in which the patients treated migraine attacks as early as possible, frovatriptan 2.5 mg was quite similar to zolmitriptan 2.5 mg, rizatriptan 10 mg and almotriptan 12.5 mg for preference – the primary efficacy measure. It is concluded that frovatriptan is not the triptan of first choice in established moderate to severe migraine attacks (based on systematic reviews and one comparative RCT). However, if the patients can treat their migraine attacks at the start of an attack (and are not triptan-resistant), then frovatriptan is a reasonable treatment choice among the triptans.

Frovatriptan is a 5HT1B/1D receptor agonist1 and has been developed as a triptan with a long terminal half-life (t½).2 Recurrence, the relapse of migraine headache after an initial successful treatment, is a major problem in migraine treatment.1 After treatment with other triptans, recurrence occurs in 30–40 % of treated attacks.1 The triptans, apart from frovatriptan, have a relatively short t½ of two to five hours.1,3 Frovatriptan has a t½ of 26 hours and this may reduce the likelihood of early migraine recurrence.2
In this article, I review the use of frovatriptan in acute migraine treatment. The long t½ of frovatriptan suggests a long duration of action of the drug and frovatriptan has therefore been investigated for prophylaxis of menstrual-associated migraine. For a review of randomised controlled trials (RCTs) with frovatriptan used for the prevention of menstrual-associated migraine – see MacGregor, 2010.4

Frovatriptan has an oral bioavailability of 30 %.1–3 The time to maximum plasma concentration is two to three hours but 60–70 % of the maximum concentration is reached after one hour.2 The terminal t½ is 26 hours.2

Efficacy and Tolerability of Frovatriptan in Acute Migraine Treatment

Frovatriptan has been investigated in both placebo-controlled RCTs and comparative RCTs versus other triptans. There are no trials investigating frovatriptan versus aspirin (with or without metoclopramide) or other non-steroidal anti-inflammatory drugs. The effects of frovatriptan have also been evaluated in a meta-analysis5 and in systematic reviews.1,6
Frovatriptan has been investigated in six placebo-controlled RCTs, mainly in white people;1,6,7 the results of one of these trials have never been fully published.7,8 In addition, there has been one Korean placebo-controlled RCT.9 In the six RCTs the mean therapeutic gain (active minus placebo) for frovatriptan 2.5 mg was 19 % (95 % confidence interval [CI] 16–22 %) after two hours (based on 2,174 patients treated with frovatriptan [headache relief in 43 %] and 1,299 patients treated with placebo [headache relief in 24 %])1,7 (see Figure 1). Similarly, in the Korean patients the headache relief after two hours was 53 % in patients treated with frovatriptan and 34 % for those receiving placebo (therapeutic gain = 19 %).9 Recurrence rates of 7–25 % (mean 17 %) were reported for frovatriptan 2.5 mg.1
In one comparative parallel group, placebo-controlled RCT, frovatriptan 2.5 mg was inferior to sumatriptan 100 mg but both drugs were superior to placebo.7,8 Sumatriptan was superior to frovatriptan for headache relief at two hours (47 versus 37 %) and pain free after two hours (18 versus 9 %). The recurrence rates were similar for frovatriptan and sumatriptan (25 versus 31 %) (see Table 1). It should be noted that this was a very large RCT with a total of 1,196 migraine attacks treated.7
In three smaller Italian RCTs, but with the more powerful cross-over design, frovatriptan 2.5 mg was compared with zolmitriptan 2.55 mg,10 rizatriptan 10 mg11 and almotriptan 12.5 mg12 (see Table 2). In each case, preference rating for the two triptans, the primary efficacy parameter, was the same, as were pain free and pain relief after two hours. In contrast, recurrences were lower for frovatriptan (2111 and 30 %12) than for rizatriptan (43 %)11 and almotriptan (44 %).12 In the RCT of frovatriptan versus zolmitriptan, the recurrence rates were 21 and 24 %, respectively.10 However, the relevant efficacy parameter is not recurrence rate but sustained pain free for 48 hours.13 This parameter was quite similar for frovatriptan and the three other triptans (21 versus 18 %; 26 versus 22 %; 18 versus 22 %) (see Table 2).
In five RCTs frovatriptan caused more adverse events (AEs) than placebo (relative risk 1.31; 95 % CI 1.07–1.62).6 In one RCT frovatriptan 2.5 mg caused fewer AEs (36 %) than sumatriptan 100 mg (45 %).7,14 In two comparative RCTs11,12 frovatriptan caused a similar number of AEs as rizatriptan and almotriptan. In one RCT frovatriptan caused fewer drug-related AEs (3 %) than zolmitriptan (10 %).10

For frovatriptan, there is apparently a discrepancy between the results of a meta-analysis/systematic reviews1,5,6 and the results of the large comparative RCT,7 with sumatriptan and the three cross-over RCTs comparing frovatriptan with zolmitriptan,10 rizatriptan11 and almotriptan.12 The results for therapeutic gain for headache relief from one systematic review1,7 are shown in Table 3 for frovatriptan 2.5 mg, zolmitriptan 2.5 mg, rizatriptan 10 mg, almotriptan 12.5 mg and sumatriptan 100 mg. For mean headache relief, frovatriptan 2.5 mg (43 %) was inferior to zolmitriptan 2.5 mg (63 %), rizatriptan 10 mg (69 %), almotriptan 12.5 mg (61 %) and sumatriptan 100 mg (61 %). However, in a meta-analytic comparison the relevant parameter is therapeutic gain (active minus placebo) and, as shown in Table 3, this was lower for frovatriptan than for sumatriptan, zolmitriptan and rizatriptan whereas the 95 % CIs for frovatriptan and almotriptan were overlapping.
It is noteworthy that headache relief at two hours for frovatriptan was higher in the three cross-over RCTs (57, 55, 54 %) (see Table 2) than headache relief in the systematic reviews (43 %).1,6 This suggests that the migraine population investigated in the three cross-over RCTs had less severe headaches.10–12 Furthermore, whereas patients in the placebo-controlled RCTs1,6,7 had moderate or severe headache at the time of receiving the test medication, the instruction given to patients in the cross-over RCTs was different – they should take one dose of study medication as early as possible after the onset of a migraine attack.10–12 The actual severity of treated attacks is not reported in these articles,10–12 which is a rather peculiar omission when reporting on a RCT in acute migraine treatment. Another contributing factor could be exclusion of patients with previously demonstrated inadequate response to at least two triptans.10–12
In conclusion, for moderate and severe headache, frovatriptan is a ‘low-efficacy’ triptan (therapeutic gain is only 19 versus 27–36 % for other triptans; see Table 3). Frovatriptan is thus not the triptan of first choice for established migraine attacks (e.g. morning migraine). However, if patients with migraine are able to treat their attacks very early, and have not demonstrated inadequate response to other triptans, then frovatriptan is most likely a good alternative to other triptans. Finally, the relative efficacy of frovatriptan versus aspirin (with or without metoclopramide) remains to be investigated. ■

The author has no conflicts of interest to declare. 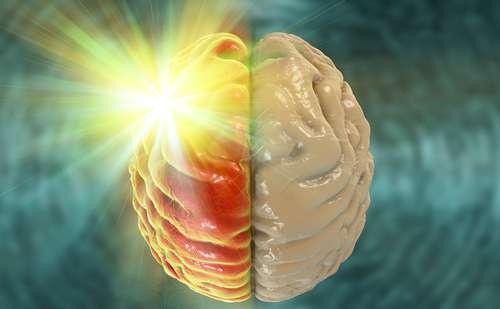